COBUY SUCCESS STORY: Mom & Daughter Find Perfect Home to Live Together but Not Too Together 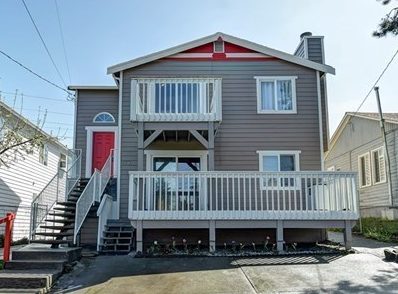 Sally and Kate are a mother and daughter looking to buy a place together, who were referred to me through CoBuy–an exciting new company with an online platform that makes it easier to buy a home with one or more other people–be it friends, family members, or both.

We met for our initial meeting and I learned their criteria.

Sally was looking to downsize from her large home and Kate was looking to purchase her first home. They each wanted to have their own space, and neither wanted to be in a basement space. They were also open to doing renovations if necessary, to make the space work for them.

I set up two searches, one for multifamily (duplex, etc) and one for single family.

END_OF_DOCUMENT_TOKEN_TO_BE_REPLACED 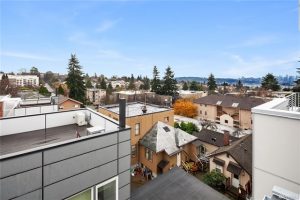 Dan Mendoza and Briannon Schaeffer are an unmarried couple who were looking to purchase their first home together. They were referred to me by CoBuy–an exciting new company with an online platform that makes it easier to buy a home with one or more other people–be it friends, family members, or both.

Due to the complicated nature of a cobuying situation, CoBuy only works with brokers–such as your truly–that have been through their training program, so I was prepared to guide Dan and Briannon through the process and prevent any future surprises.

In our initial meeting, they explained that they they didn’t want much yard to maintain, didn’t want to do any renovations, were open to single family homes and townhomes, and were flexible about location provided there was good public transit to downtown.

END_OF_DOCUMENT_TOKEN_TO_BE_REPLACED

It’s been another busy month with three new listings: a beautifully updated Kent condo listed at $128,500, a solid mid-century fixer in Mount Baker, and a sweet top-floor Rainier Beach condo co-listed with my friend and colleague Nancy Chapin for $375,000. 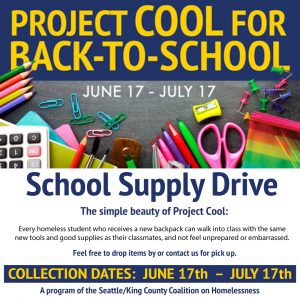 I expect more of the same next month with four new listings on the horizon, including properties in Tukwila, North Bend, Mount Baker, and Lake Forest Park. So while Seattle-area home prices have reached record highs, increasing inventory does offer a ray of hope.

In other news, my office, Windermere Mount Baker Real Estate, is currently in the midst of our annual Project Cool School Supply Drive for homeless students. We use this time to help provide each child with a sturdy new backpack filled with quality school supplies, books, toothbrushes, and more. You can help with donations from the wish list found here through mid-July.

Also, I’m proud to share that we recently partnered with Wellspring Family Services in the Rainier Valley to sort, organize and fold clothing for children ages 0 – 17 who are experiencing poverty and homelessness. We’re so grateful for all the great work this South Seattle-based organization does for our community, and encourage you to learn more about them.

END_OF_DOCUMENT_TOKEN_TO_BE_REPLACED 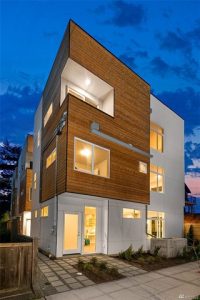 Beach living at it’s absolute finest. Something neither of these CoBuyers would have been able to afford on their own. And they didn’t have to!

I first started working with Dan and Andrea Vitegleo and their toddler Declan. Once we began looking at homes, they came to realize the importance of good schools, which limited the areas that they could realistically look. They wanted to be in Seattle, but made offers on two houses and were out-bid. They realized that to get the house they wanted in a neighborhood with good schools, they were going to need more buying power.

Coincidentally, Andrea’s brother Jeff Bean was also looking for a place to buy.

Enter CoBuy–an exciting new company with an online platform that makes it easier to buy a home with one or more other people–be it friends, family members, or both.

Due to the complicated nature of a cobuying situation, CoBuy only works with brokers that have been through their training program. Dan said that he didn’t want to work with another broker, but in order to work with CoBuy, he’d have no choice.

I immediately identified the added value of teaming up with CoBuy, and didn’t want to lose the Vitegleos as clients since I really enjoyed working with them. I decided to become a CoBuy-certified agent so I could help them as well as others increase their buying power and empower them to enter this tough market.

Dan, Andrea and Jeff signed up for an account at CoBuy, where they were guided through the process at their own pace.

END_OF_DOCUMENT_TOKEN_TO_BE_REPLACED

Learn More About Co-Buying A Home with My New Video

I recently announced that I’ve become certified to work with CoBuy–an exciting new company with an online platform that makes it easier to buy a home with one or more other people–be it friends, family members, or both. Well, the folks at CoBuy have just released a video featuring yours truly as their latest certified agent, and I’d love to get your feedback.

Real-estate licensed CoBuy Pros are not your traditional real estate agents. Your time is valuable and the CoBuy platform was designed with this in mind. CoBuy minimizes the need for superfluous face time, while I’m there to support you in what could otherwise be a rather risky and complicated process.

Once you’ve decided to co-buy a property with one or more friends or family members, you can sign up for an account on the site. Here you will be guided through co-buying a home at your own pace. You’ll have access to resources and tools, and you are able to contact a CoBuy Pro for additional support at any point.

Please don’t hesitate to contact me with any questions!

Thank you for your inquiry.